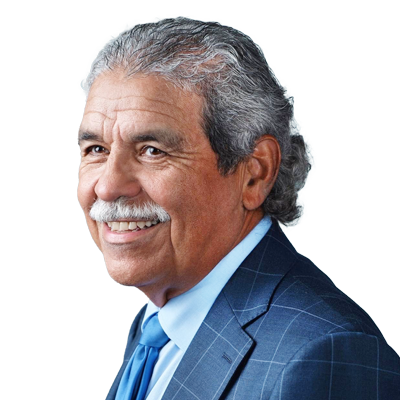 With a firm belief that education - not environment - is the key to a student’s success, he has led several school districts to improved student achievement. Dr. Hinojosa’s recognitions include being named 2002 Superintendent of the Year by the Texas Association of School Boards and 2005 Superintendent of the Year by the University of Texas at Austin. He was honored as Distinguished Alumnus by the College of Education at Texas Tech University and as the Outstanding Latino Educator by the Association of Latino Administrators and Superintendents in 2014.

In 2019, D Magazine named Dr. Hinojosa the “Best Public Official” in Dallas. The Council of the Great City Schools awarded him the Green-Garner Award, the highest honor in urban education, as the 2020 Urban Educator of the Year. Dr. Hinojosa is a recipient of the CoSN (Consortium for School Networking) and AASA (American Association of School Administrators) 2021 EmpowerED Digital Superintendent Award. In 2022, he received the Champion of Science and Medicine from the Dallas County Medical Society. He is also a past president of the Texas Association of School Administrators.

Dr. Hinojosa, a proud graduate of Dallas ISD, holds a doctorate in education from the University of Texas at Austin. He and his wife Kitty have two sons, graduates of Princeton University and Harvard University, in addition to Dr. Hinojosa's son from a previous marriage who graduated from Texas Tech University. All three attended Dallas ISD for a significant portion of their K-12 careers.

Ready to bring evidence-based talent development to your district or school?