How to Turn 1,000 Initiatives Into Your “One Thing” | engage2learn

What if I told you that there is a model that teachers can implement as ONE THING that includes content mastery, RTI, SEL, the 4 Cs, is based on solid research, has proven to increase student engagement and achievement, and has been used successfully for both turn-around and innovation in every content including literacy and CTE and Advanced Academics? There is no such unicorn, you say? Read on…

Once Upon a Time…

When I was Assistant Superintendent for C&I in a North Dallas district, the Board of Trustees once directed us to “cool it” on the innovative initiatives because principals and teachers were complaining about having too much on their plates. I won’t go into everything that is wrong with that picture, but I will share that we took the “high road” and decided to be reflective. We went into a conference room with whiteboards lining the walls and conducted an initiative inventory. When we had completely covered all the walls, we stopped. Looking around, we realized that maybe we had taken on a few too many great ideas and programs! I mean, we were doing all the right things, and they were all things that were good for kids, but it was just too much.

When Is Too Much of a Good Thing Just “Too Much?”

The problem, of course, is that trying to do all of those things meant we were really doing none of them…at least in a way that would actually impact the learner experience. We were training on them, talking about them, and spending time, money, and energy on them; but, there was no way that principals and teachers could sort through the myriad of initiatives to create a cohesive implementation. On top of that, we–including teachers and principals– were all working really hard and putting in long hours to try to “Do It All” for very little return in the classroom. And the 30% who were truly “bought-in” were the ones that were running on the hamster wheel the hardest to keep up. We were burning ourselves and, perhaps worse, we were burning out our best educators.

One Thing vs. One More Thing

That experience was one of the reasons I started engage2learn (e2L), and the main reason we developed the “One Thing” process. If districts continue to do everything and are not able to do “One Thing” to fidelity, we will see educator burn-out increasing, and it will be a waste of time, money, and talent. I like what Sir Ken Robinson once said, “Making progress in education may be more about deciding what not to do than adding more. If you think about it, kids learn without all of this additional programming. What if we just get out of the way?”

Additionally, Steve Jobs credits the idea of subtraction as one of the keys to the success of Apple: “Deciding what not to do is as important as deciding what to do. You have to work to get your thinking clean and simple.” Authors of The One Thing, The Beautiful Constraint, The Six Laws of Subtraction, Do Less and Be Better, Brief, and the Elegant Solution have greatly influenced our e2L organization (and me!) as we have focused on creating a laser-like design process to help us best support public educators by simplifying.

The official name for our proven process is the Learning Innovation Framework (LIF) process, and the informal name is the “One Thing” process. We like to say that this process can bring LIFe back to educators and districts, and we believe that everyone needs LIFe! When we work with a district to engage in this process, it is about creating the One Thing instead of adding one more thing.

If you think that you have already accomplished that, just ask a random teacher. I guarantee you the teacher will not be able to articulate how it all ties together, and he or she will surely say they have too many initiatives to juggle. Even if you don’t want to go through this process, please  consider this one norm going forward: do not “initiate” anything else in your district (in any department or campus) unless you give up something you are currently doing first or unless you are suddenly able to add more hours to the day for everyone in the district.

How to Simplify and Focus

So, how does it work? Well, with three simple steps, of course!

Take an initiative inventory. We like to call this a Classroom Impact Inventory, and I’ve linked the handy form to use for the process. Be sure to categorize which of the initiatives are non-negotiables and which are resources. One note: if you keep adding tools in the toolbox, most of them are likely to get rusty. The idea that “they need more tools” is a fallacy. You might even use this opportunity to prune and see what you can strategically abandon. Imagine the surprise, and even gratitude, from principals and teachers alike when you share that you are going to take things off of their plate!

As the third and final step, map those non-negotiables and the best practices to the ideal learner experience. We recommend the e2L 12 Life Ready Best Practices © here because we have curated the expanse of research on what actually has an impact on student achievement and combined that with the numerous reports on what skills learners need to be college, career, and life ready. We then codified those down to behaviors in the rubrics and growth indicators for each of the e2L 12 Life Ready Best Practices©. You can read more about these here: Life-Ready is Future-Proof. If you have your own set of best practices, you can also map those to the framework. This step is how you create your One Thing – by combining your current successful programming into the ideal learner experience and then creating educator and learner protocols for each stage.

Of course, once you have your Learning Innovation Framework, you will need to support the implementation through coaching in a responsible rollout of your “One Thing.” However, if you follow the process and stay disciplined, you will have found time and money to invest in a deep implementation of your One Thing in a way that will truly have an impact. And, you might even find that you don’t have to work every night and weekend to make it happen anymore!  See some of our courageous partner districts LIF models below for inspiration. 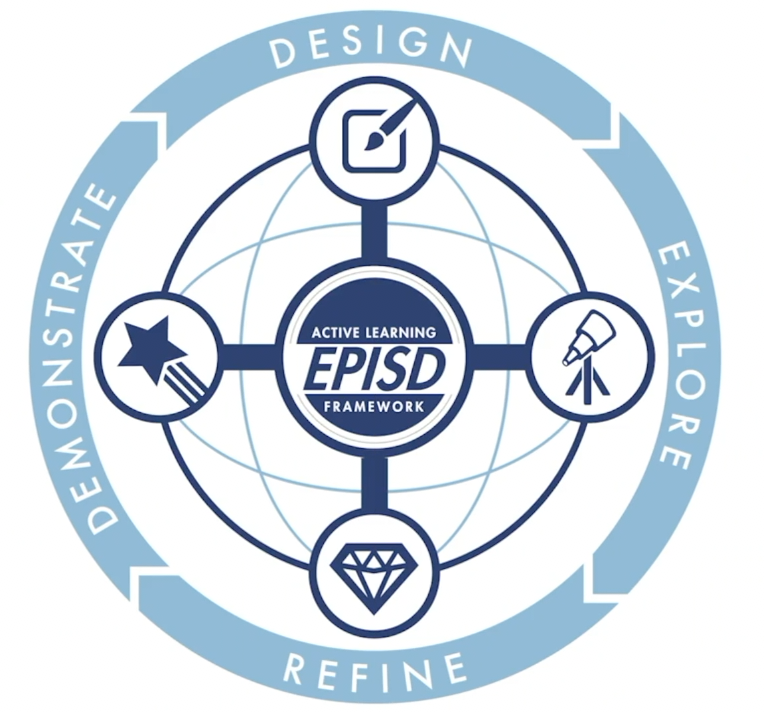 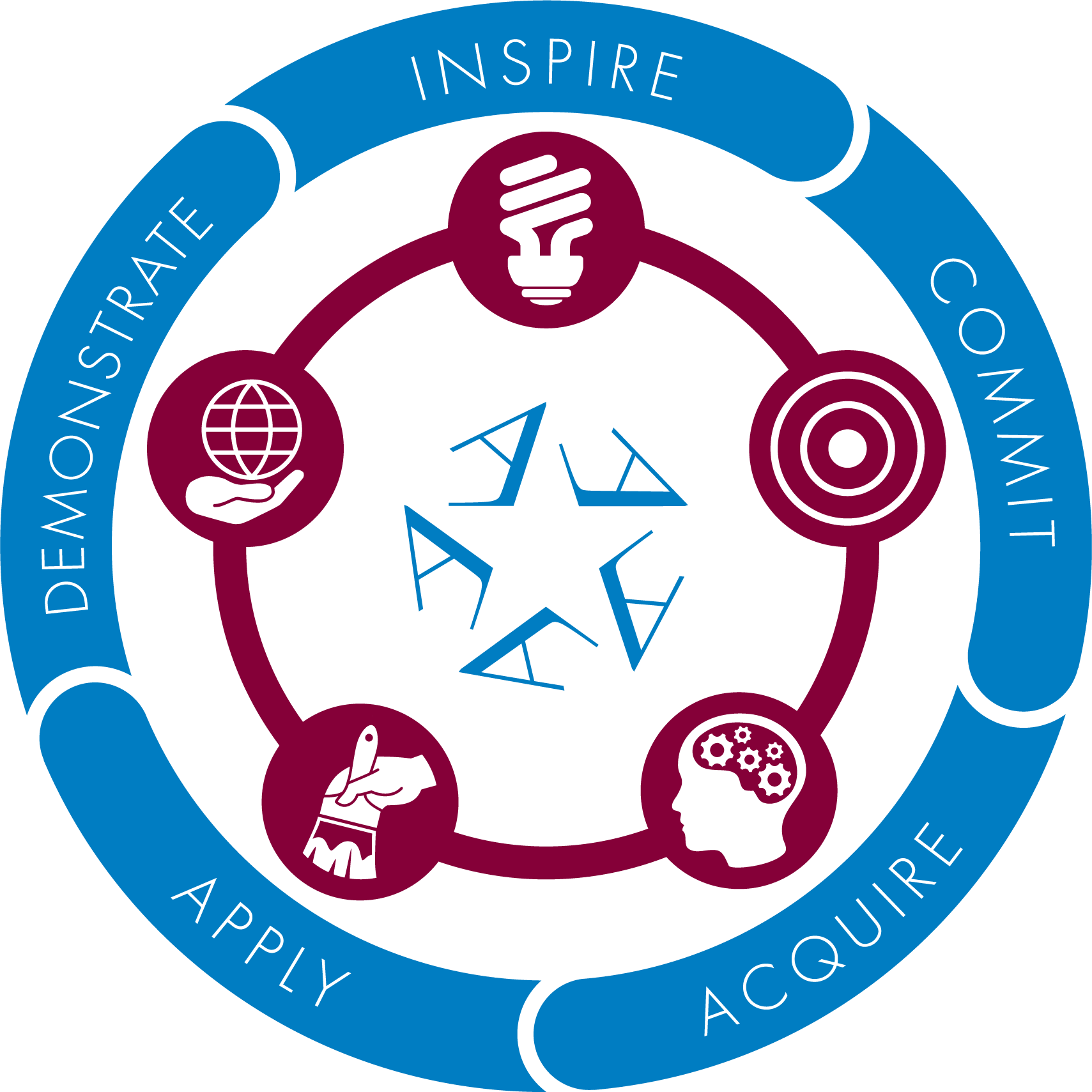 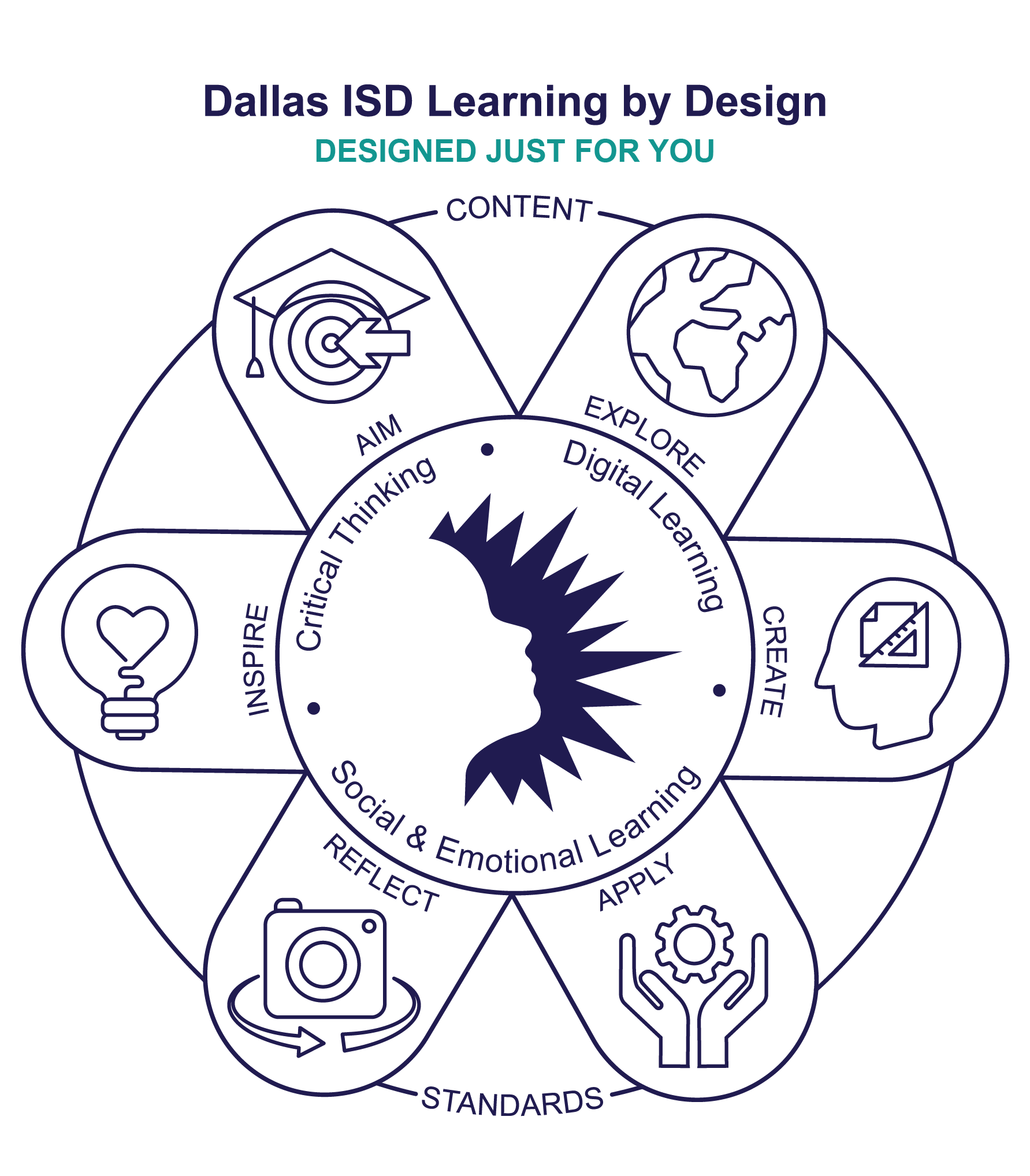 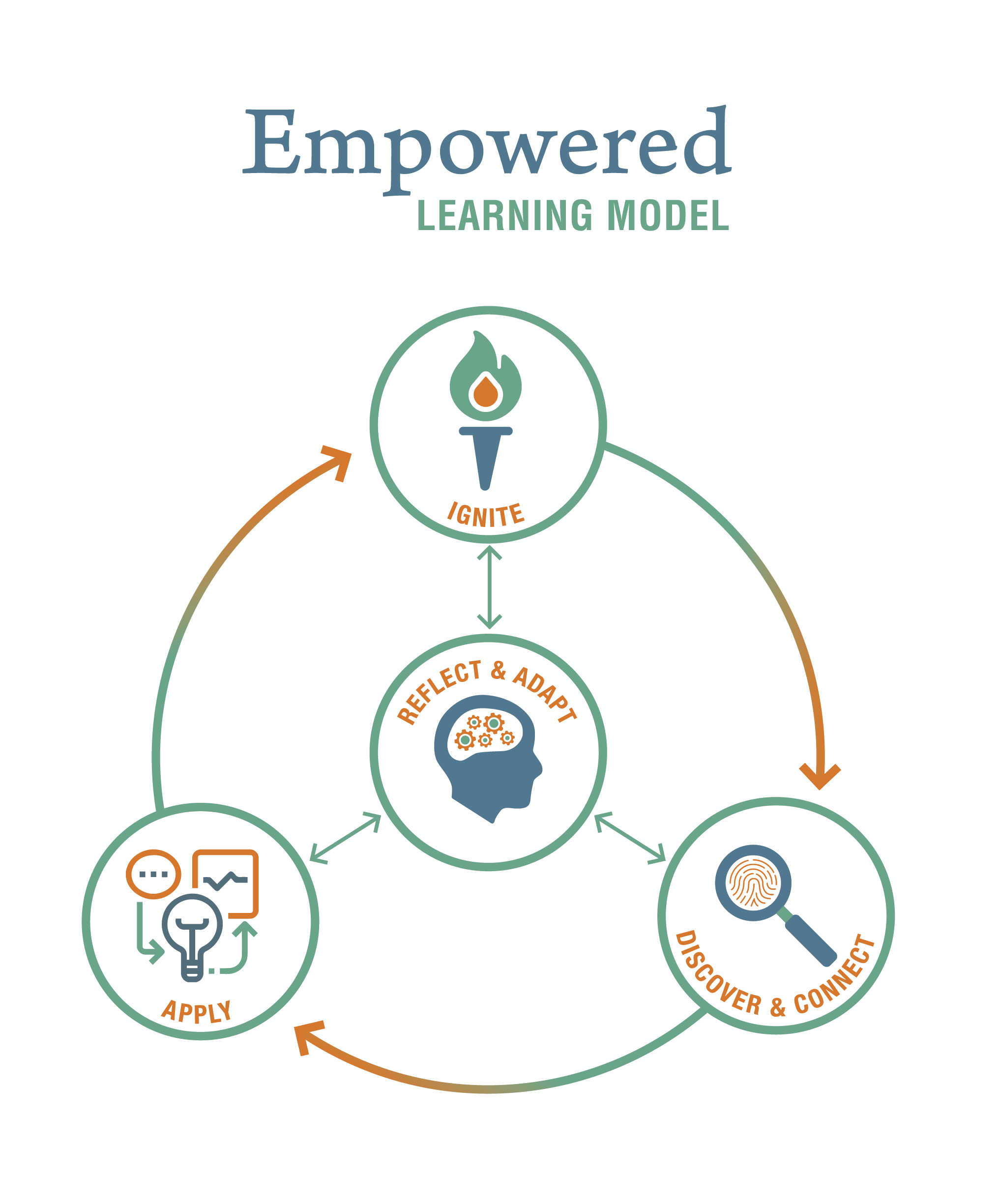 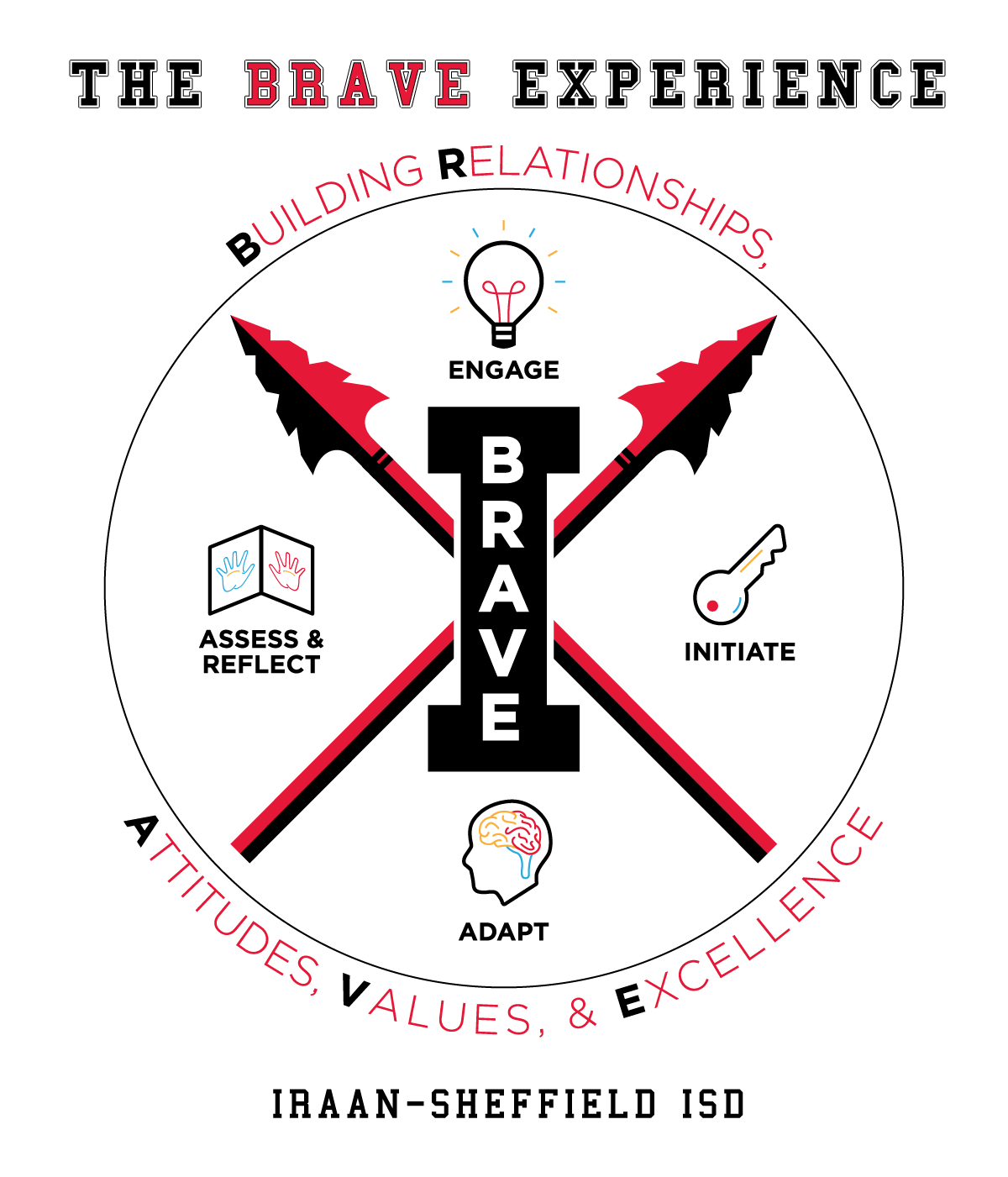 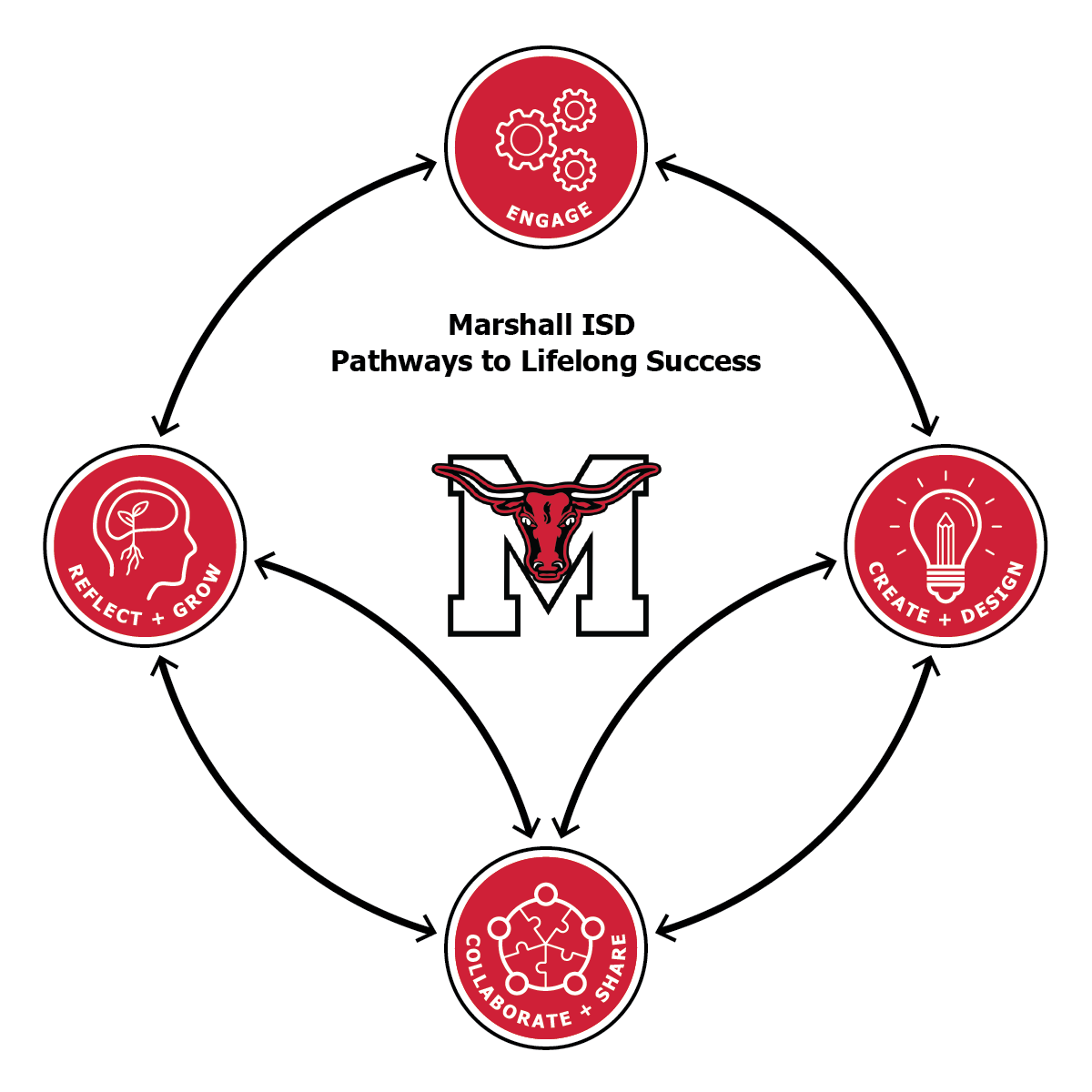 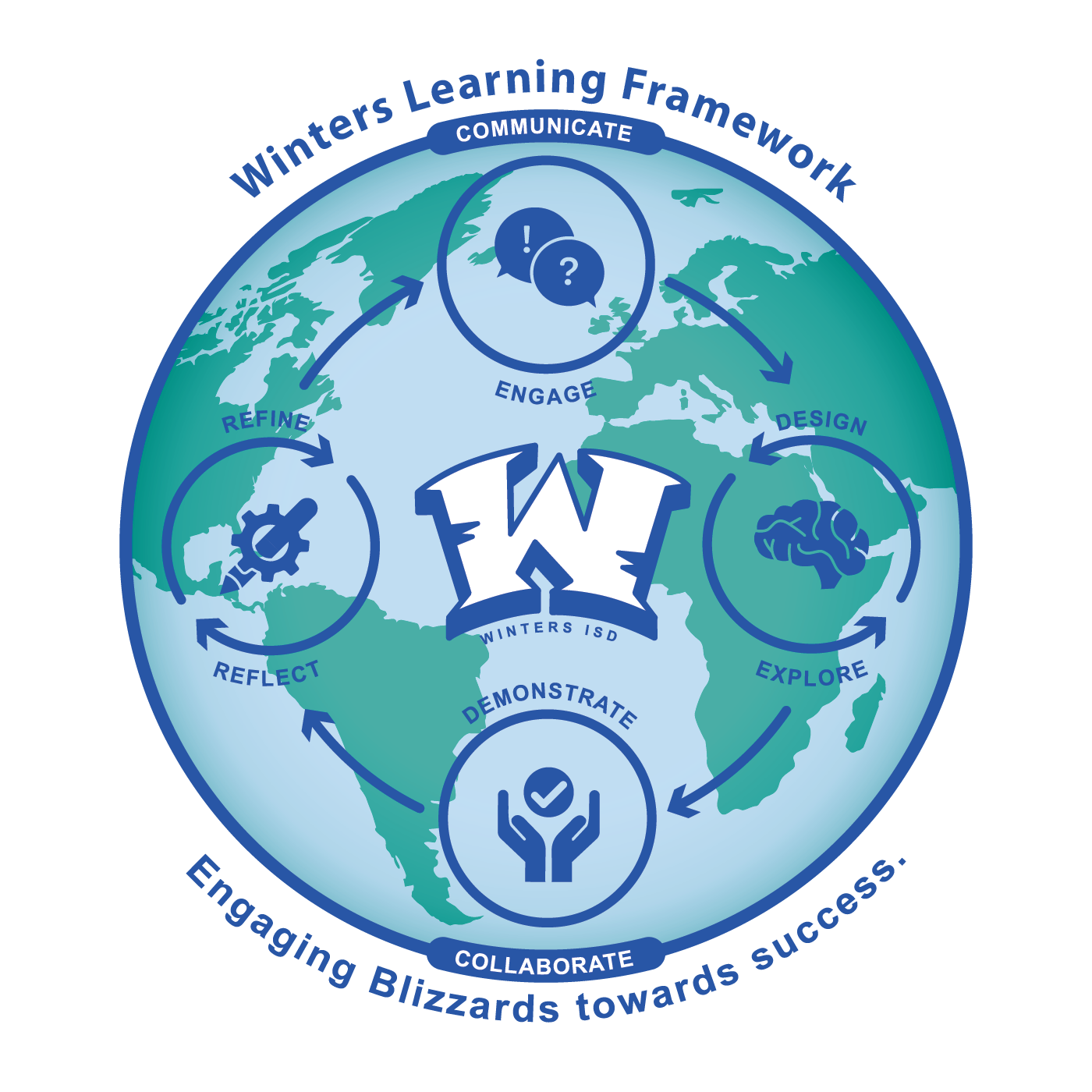 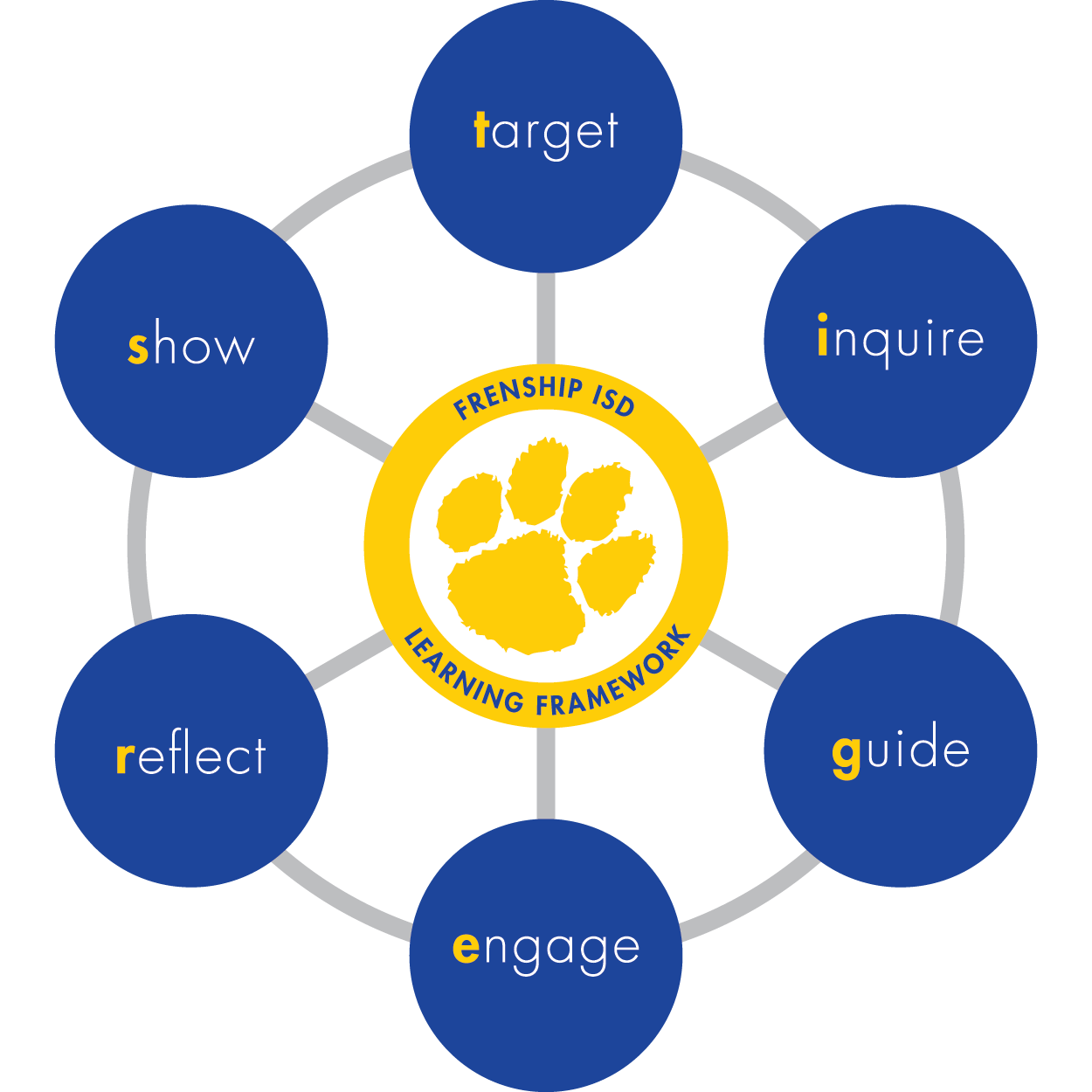 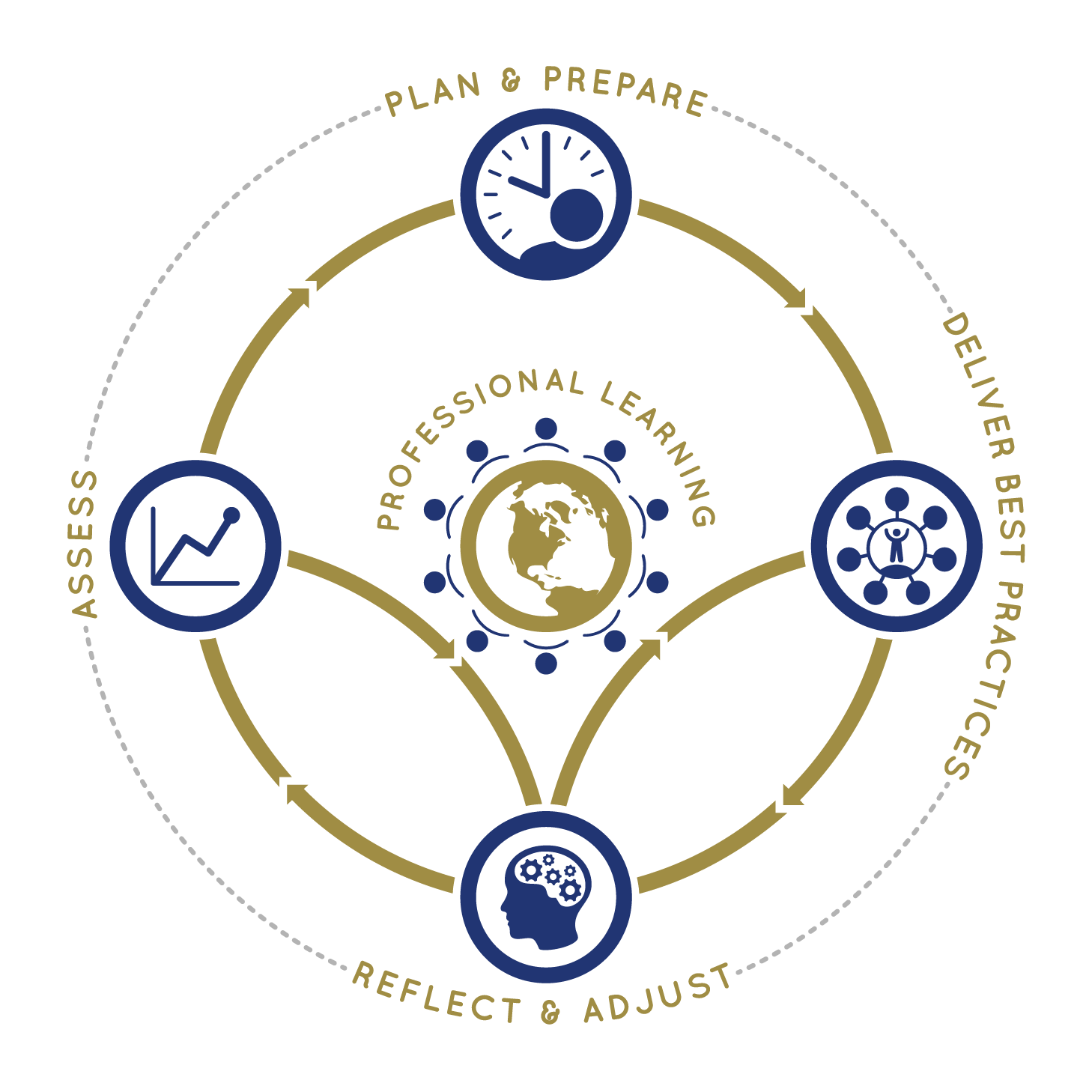 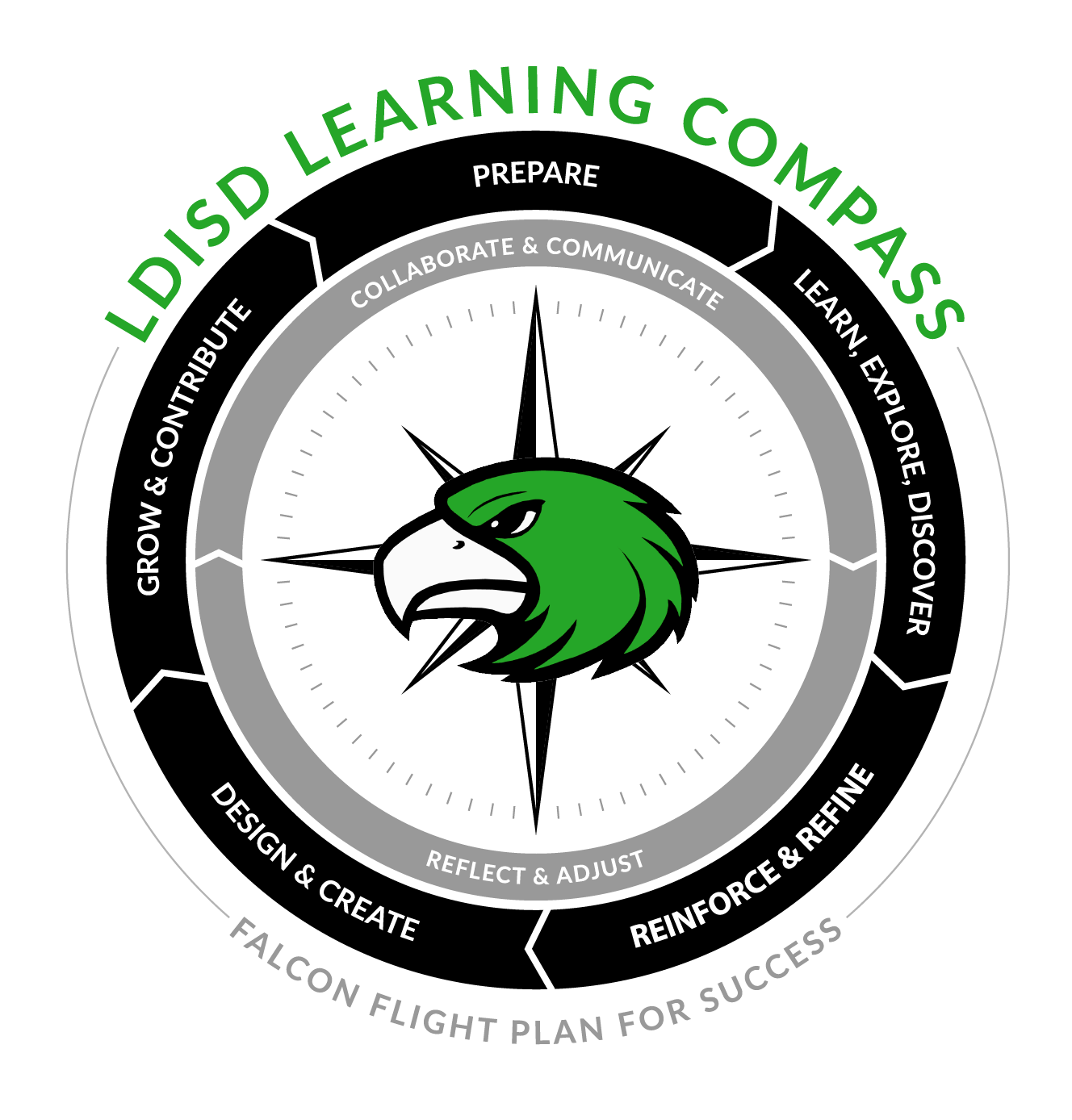 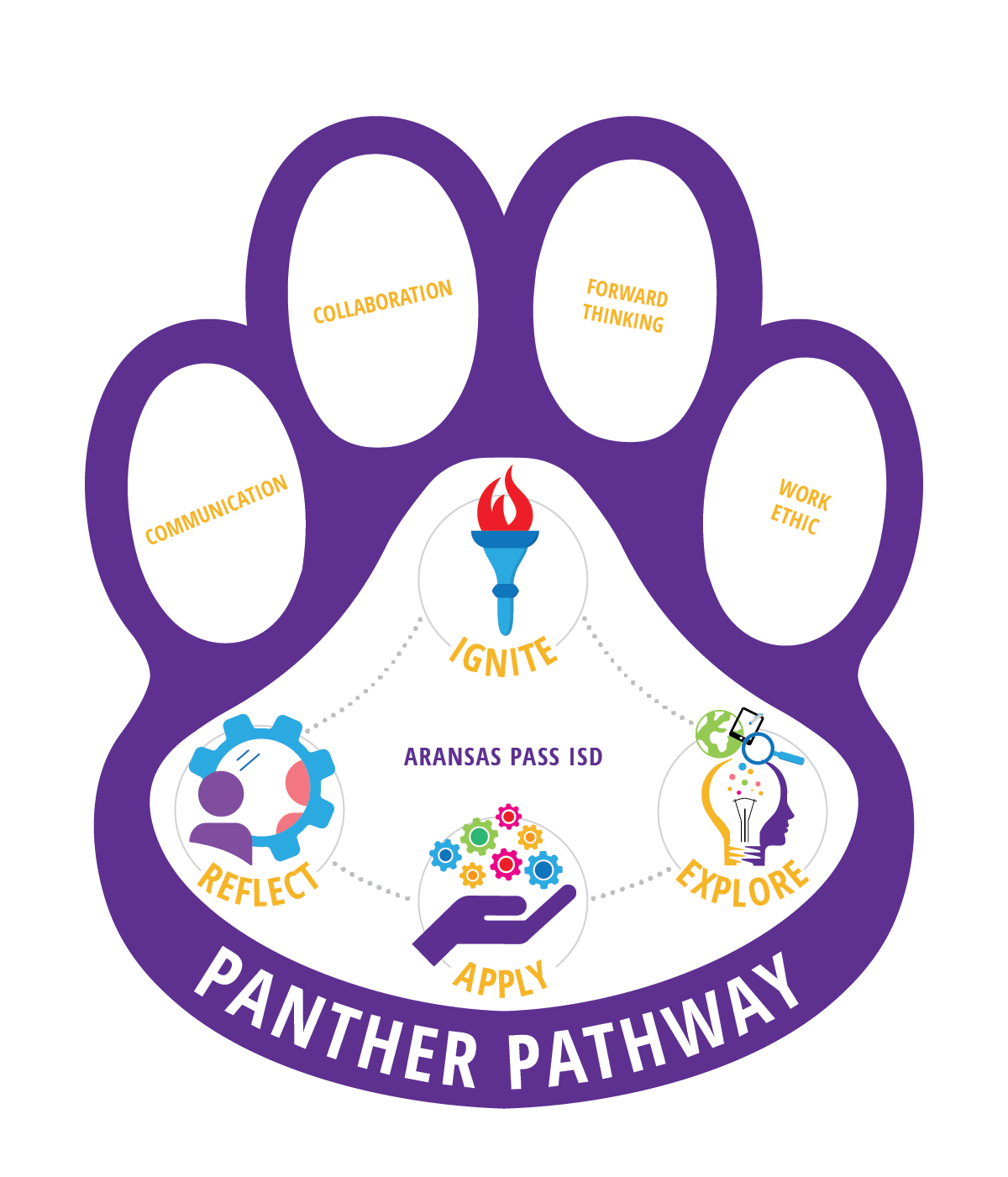 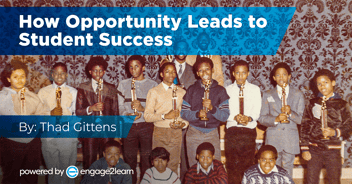 e2L K-12 Education Strategist Thad Gittens reflects on his humble beginnings and how opportunity helped guide him toward success. 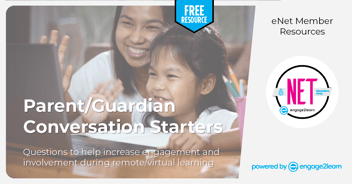 This resource provides teachers/educators with quick conversation starters in both English and Spanish that will help educators better connect with the parent/guardian of their students in order to increase engagement for remote learning. 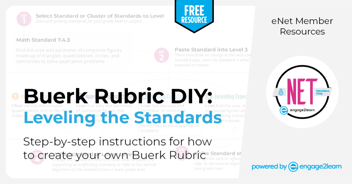 The Buerk Rubric is a growth-based learning system that allows teachers to efficiently design lessons and learning experiences that provide every student with an autonomous path to mastery and beyond.