AUSTIN, Tex.  — engage2learn, the leader in supporting public school districts through measured, competency-based talent development, announced the addition of Matt Webster to its senior leadership team as Chief Technology Officer (CTO). Longtime technology leader in the edtech space, Webster comes to e2L with 25 years of software development experience, leading technology teams for both US and international organizations ranging from startups to large enterprises with a particular focus on social good and impact.

As CTO of engage2learn, Webster will lead the company’s technology strategy and determine its technology priorities.

“Matt is a master of his craft and has used his skills to improve the lives of others throughout his entire career,” said Shannon Buerk, Founder & CEO of engage2learn. “He shares the e2L passion for doing right by students and educators and empowering them with the best technology tools in public education. We’re thrilled about the impact he’ll have on the e2L team and our public school partners nationwide as we bring Education Intelligence and our newest product, mySmartCoach, to scale.”

As the founding Head of Technology at Schoolnet, Webster successfully helped build the largest Instructional Management System (IMS) platform in the US. Schoolnet, which ultimately managed an estimated quarter of all US K–12 students, was acquired by Pearson in 2011. As a part of Pearson, Matt ran software architecture for all school software products in the US.

As CTO of Global Citizen, Webster successfully led the development of their social action platform, now used in the global movement of millions of concerned citizens united in ending extreme poverty around the world.

engage2learn is the leading provider of Education Intelligence, powering high-performance cultures in K-12 public school districts through smart professional learning, job-embedded coaching, and integrated technology solutions that give educators the support they need to grow and thrive in their roles. Since 2011, engage2learn has partnered with nearly 300 public school districts, 1,800 schools, and over 79,000 educators to impact the learning of over 4.5 million students nationwide. With engage2learn’s evidence-based support systems, districts build capacity, retain teachers, and improve student outcomes. 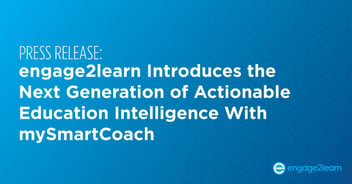 engage2learn Introduces the Next Generation of Actionable Education Intelligence With mySmartCoach 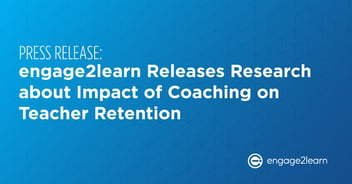 engage2learn Releases Research about Impact of Coaching on Teacher Retention

engage2learn (e2L) released today an executive summary of the latest findings on the impact of coaching on teacher retention. As an ever-growing issue that school districts are grappling with in this post-pandemic era, teacher retention is a high-priority focus for education leaders nationwide. 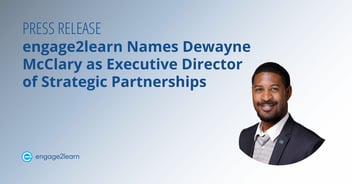 We're thrilled to welcome Dewayne McClary and his nearly 20 years of education experience & expertise to the engage2learn team!