Written by Kara Arundel for publication on K-12 Dive

Sixty-two days, or about two months.

That’s how long the average response time was for maintenance calls seeking repairs or support three years ago in the Dallas Independent School District.

“It was terrible,” said David Bates, assistant superintendent of maintenance and facilities for the Texas district. The response times were so bad that the district conducted an audit, which revealed the lengthy wait times and found the system had about 10,000 unfilled orders.

“We have well documented how bad we were,” said Bates, who has worked in various departments in the district for 24 years.

There were several reasons for the lags in response time, but the main one was that the department lacked a good culture — or a passion — for helping, Bates said. 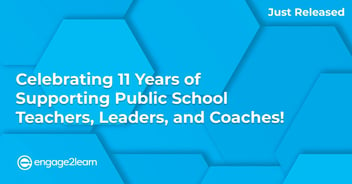 engage2learn is proud to be celebrating 11 years of supporting public school teachers, leaders, and coaches! 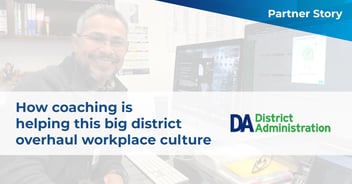 How coaching is helping this big district overhaul workplace culture

Job-embedded coaching in Dallas ISD is completely transforming the district's culture for all 22,000 employees. Read on to learn how.

As education companies look ahead to next school year, many are focused on addressing an amorphous, but urgent problem: developing products and practices to help schools manage staffing crises. Read this article from EdWeek Market Brief to hear insights from education thought leaders like engage2learn founder & CEO, Shannon K. Buerk.